At the West Shore Bureau of Fire's Annual Banquet that was held on Saturday evening, October 22, 2016 Patrol Officer Christopher Conroy and Detective John Friel were honored and presented with plaques for their heroic and life saving actions during the multiple structure fires in the Borough of Lemoyne on March 9, 2016.

The West Shore Regional Police Deparment and the West Shore Bureau of Fire is proud to have Personnel that serve and protect our residents on an every day basis. 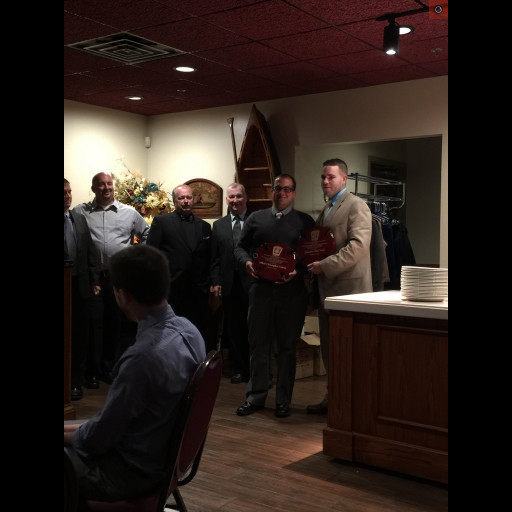 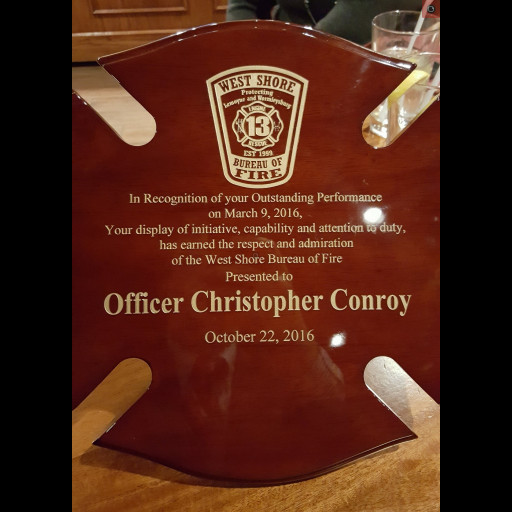 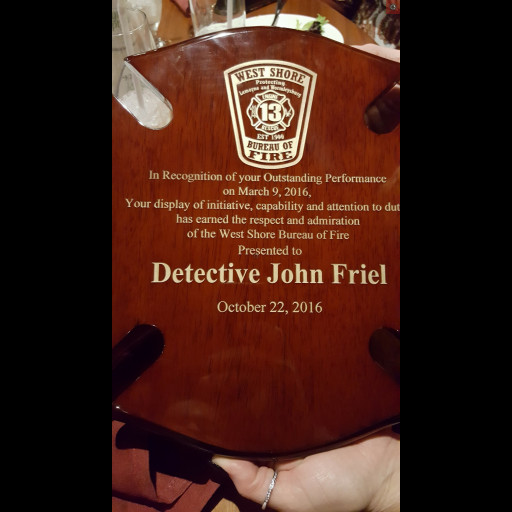