Officer Robert Fitzkee was named the 2021 Patrol Officer of the Year for his outstanding performance throughout the year. Ofc Fitzkee displays a strong work ethic, has the ability to be in the right place at the right time, and constantly focuses on "the mission." Ofc Fitzkee handled 597 calls for service, with 128 of those calls being crime reports. Ofc Fitzkee made 56 criminal arrests; ranging from DUI, to Assault, to Drug Possession, to Burglary, and PWI.

Ofc Alex Milletics was presented a Special Citation for Exemplary Service for his actions on 6/22/2021. Ofc Milletics received a call from a concerned citizen regarding her neighbor's domestic situation. The victim was contacted and had been receiving threatening messages from her ex-boyfriend. Due to Ofc Milletics' tenacity and investigation skills, he determined that the actor had recently purchased a firearm and ammunition and was travelling to the victim's location out of state. Ofc Milletics contacted the local authorities and the actor was located and arrested, likely preventing a possible homicide.

Ofc Michael Lightner and Ofc Johnathan Newcomer (not pictured) were presented a Life Saving Award for their actions on 5/20/21. Officers arrived on the scene of a roll-over DUI crash finding the driver pinned beneath the door. His arm was severely lacerated and he has lost a significant amount of blood. The officers quickly applied a tourniquet and assisted the EMT's until the patient was transported. Their quick actions likely saved the driver's life. 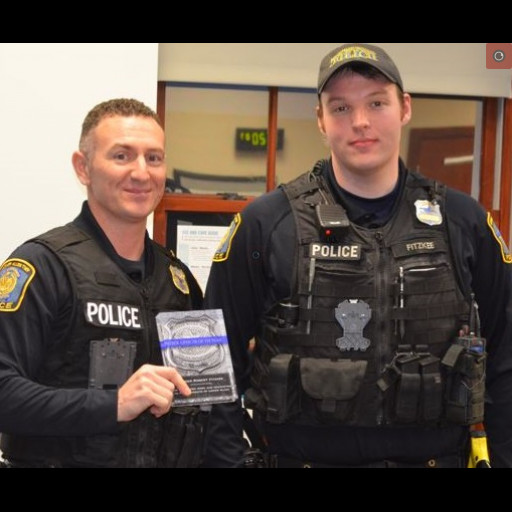 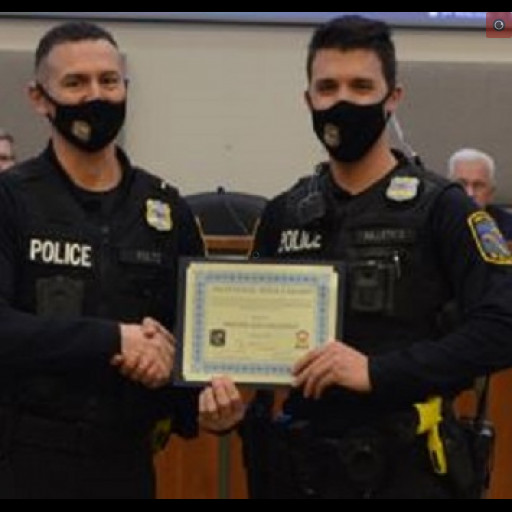 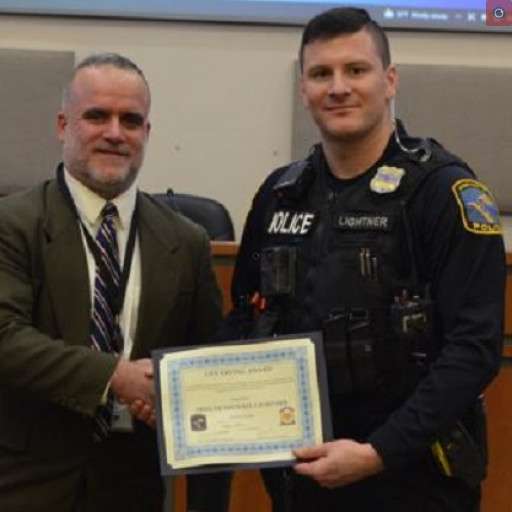