August 18, 2022- Commonwealth v. Jeremy Pauley: The East Pennsboro Township Police today arrested Jeremy Pauley, 40, formerly of N. Enola Drive, East Pennsboro Township, for dealing in stolen body parts. District Attorney Seán M. McCormack commented, “This is one of the most bizarre investigations I have encountered in my thirty-three years as a prosecutor.  Just when I think I have seen it all, a case like this comes around.”

On June 14, 2022, the East Pennsboro Township Police received a complaint of possible human body parts being sold on Facebook.  On or about July 8, 2022, East Pennsboro Township Police received were called to the N. Enola Drive home for a report of possible human remains. The caller reported finding possible human remains in the basement of the residence contained inside of several 5-gallon buckets. The caller reported finding "human organs" and "human skin" inside of those buckets.   East Pennsboro Police Detectives, Cumberland District Attorney’s Forensic Team, and the Cumberland County Coroner’s Office executed a search warrant on the residence for human remains.  Detectives located three 5-gallon buckets containing various human remains. Those items were taken to the Cumberland County lab for evidence.

“This is one of the most bizarre investigations I have encountered in my thirty-three years as a prosecutor.  Just when I think I have seen it all, a case like this comes around.” - District Attorney Seán M. McCormack

The items seized during the search were later examined by Dr. Wayne Ross, a forensic pathologist, who confirmed the items seized from Pauley’s basement were indeed human body parts.  Among the remains identified were human brains, heart, livers, skin and lungs.  Further investigation revealed the suspect was purchasing human remains via Facebook messenger. The police obtained those messages that detail Jeremy Pauley was attempting to purchase additional human remains from a female in Arkansas by the name of Candace Scott.   Those items were to be shipped via United States Postal Service to Pennsylvania from Arkansas. Those packages were intercepted in Scranton through a joint operations conducted by FBI agents, USPS Agents and the Pennsylvania State Police. Those packages contained human remains.

An investigation by FBI in Arkansas, along with the Arkansas State Police, revealed that Candace Scott was stealing those body parts from a mortuary in Arkansas and shipping those items to Pennsylvania for sale. Those human remains were determined to be the property of the University of Arkansas.

Chief Deputy District Attorney Julia Skinner is assigned to prosecute the case for the Commonwealth.  Det. Sgt. Adam Shope of the East Pennsboro Township Police is the lead investigator in the case.

NOTE: The facts listed above are only an allegation at this time.  Jeremy Pauley is presumed innocent unless and until he is found guilty in a court of law. 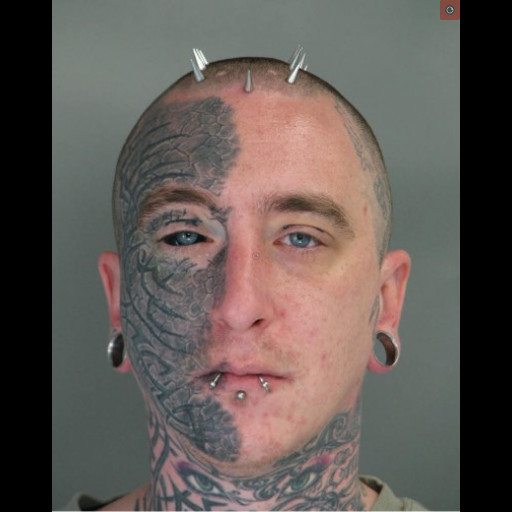