As a small rural community, the law enforcement needs of the borough have evolved significantly over the years. In the early days, the department was staffed by a Constable, who worked under the direction of the Burgess, the equivalent to the present-day Mayor. A Justice of the Peace settled the town’s civil and criminal matters, most often from the setting of his or her living room.

Today, Newville is served by a modern, well equipped and well-trained police department, operating under the leadership of a Mayor who has over 40 years of law enforcement experience.

Like most small communities, the history of the town’s police force is not well documented, but from personal and recorded accounts, the following is a brief overview of how the Newville Borough Police Department has evolved.

The first borough police officer of record was George Dewey Shearer who was appointed by the Borough Council in 1926. Shearer was the first Newville Chief of Police until 1932. The next officer on record was Wilbur David Grove in 1935.  Like many of those who followed in service to the borough, Officer Grove was on twenty-four-hour call. He used his own patrol car to cover the town. Absent a two-way radio, his whistle was his most important piece of equipment. A few loud sharp blasts were sure to turn out the men of town to help the officer in time of need.

Other police officers to follow Grove included Chief Elmer Hollenbaugh. Chief Hollenbaugh died from a line of duty death, and in 2017, his service to the community was honored by the Cumberland County Law Enforcement Memorial Foundation. Elmer Ritner Hollenbaugh became acting Police Chief for Newville Borough in 1939. He continued to serve in that capacity until his death from a heart attack, related to the arrest of suspects in a burglary on July 9, 1941.

Chief Hollenbaugh had received a report that three boys had broken into the warehouse at the cannery of R. L. Shenk. With Mr. Shenk he rode along the Newville-Springfield highway and arrested two youths as suspects. They implicated a third who was said to be at the Newville Theatre. The chief was going into the theatre when he became ill. Mr. Shenk and a passersby helped Mr. Hollenbaugh to the nearby office of Dr. Paul Cox. As he entered the office, Chief Hollenbaugh said, “Doctor, I’m so sick,” then he collapsed and died after only a few minutes.

Chief Hollenbaugh had been constable of the South Ward for 10 years. For the last four years, he served as the chief of police. Prior to his term of Constable he was employed by the Pennsylvania Railroad for 18 years. Chief Hollenbaugh also served as street commissioner, health officer, truant officer and directed WPA projects in the Newville area. He also served as health officer for Upper and Lower Mifflin, North Newton, Lower Frankford and West Pennsboro townships, a position maintained by many Pennsylvania police departments of that era, to deal with the quarantine of communicable disease.

Following the untimely death of Chief Hollenbaugh, the Borough Council then appointed Elias Rufus Hilbush as Chief of Police. It has been reported that Chief Hilbush also died while on duty as a police officer. He served from 1941-1949.

John William Feeser was later appointed to serve as Chief of Police in 1949. Records at the Chambersburg Public Library indicate that Chief Feeser was active in the Pennsylvania Chiefs of Police Association, and the Cumberland County Chief’s of Police Association. Regarded by many as somewhat of a progressive police chief, it was Feeser who obtained the town’s first patrol car, a late 1950’s model Chevrolet Biscayne sedan. Feeser also served as a 24-hour Chief of Police, accepting calls for service from his Parsonage Street home.

Charles L. Bear succeeded Chief Feeser in 1963. Chief Bear was instrumental in advancing the police department in many ways. Two-way radio communication with the Cumberland County Courthouse was instituted under his watch, as was a new police station and cell block. Prior to his retirement in 1976, Chief Bear acquired a new patrol car for the borough, a 1974 Ford LTD. Chief Bear was well known for his service to the community as a member of the Joint Veterans Council, and the Newville Bicentennial Committee. Chief Bear attended all town events and was highly regarded throughout the area.

One of the part time officers hired by Chief Smith was Randy L. Finkey, who joined the Newville Police Department after serving for over 27 years with the Pennsylvania State Police Department. Professionalism within the ranks and the expanded use of technology were the hallmarks of Chief Finkey’s tenure. He is credited with moving the department forward on many fronts, including a modern 2,400 square foot police station centrally located on West Big Spring Avenue. The purchase of computers for the town’s three patrol cars and station, the creation of a School Resource Officer program for the Big Spring School District and the eventual expansion of the department to three full time officers, including a full time SRO, all can be attributed to the success of Chief Finkey’s leadership.

Upon Chief Finkey’s retirement in 2014, Corporal Todd Koser was promoted to Chief of Police. Chief Koser was instrumental in obtaining a $50,000 USDA grant and loan to purchase a new Ford Interceptor SUV, along with a car redesign and the addition of other new police equipment. Chief Koser instituted the use of body cameras that are now worn by all officers of the department and he was also instrumental in the inception of modern crime reporting software (CNET) and the modernization of our evidentiary practices.  Chief Koser hired a part time code enforcement officer who works within the structure of the police department. He expanded the attendance of the department’s National Night Out, held the first Tuesday in August of each year. The Newville National Night Out is now one the largest in Cumberland County. Chief Koser has continued to move the department forward. He has developed a bond between the police department and the community. This is evidenced by the department’s “Christmas Shop With a COP” program first implemented in 2017. The department raised over $3,000 which in turn brought smiles to the faces of 14 Newville children who joined Newville Police Officers and other members of Cumberland County law enforcement in a shopping trip to the local Walmart. 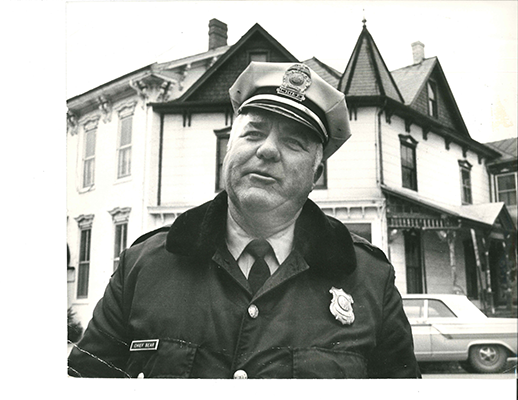 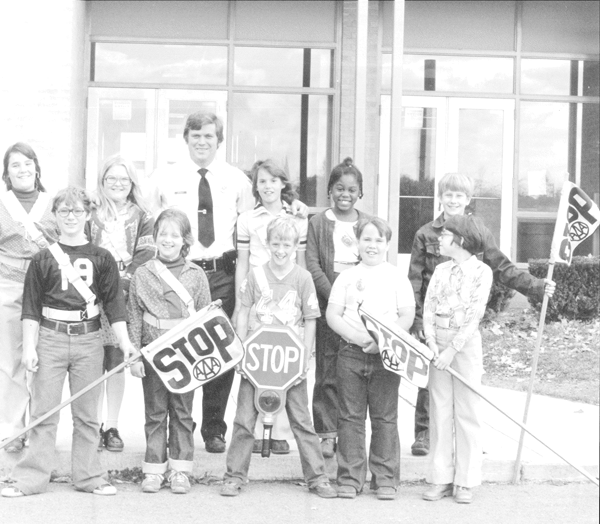 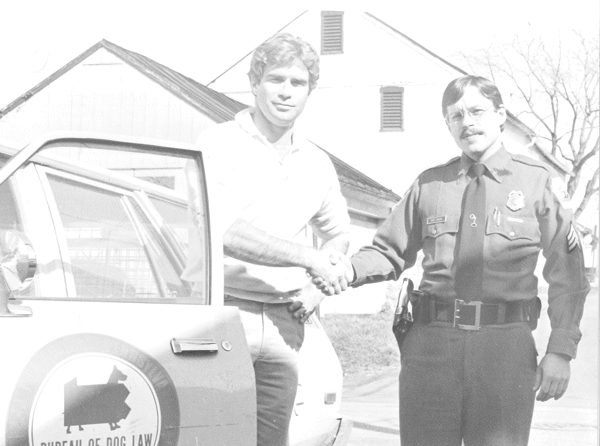 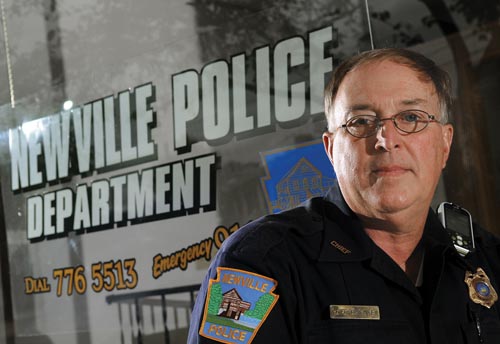 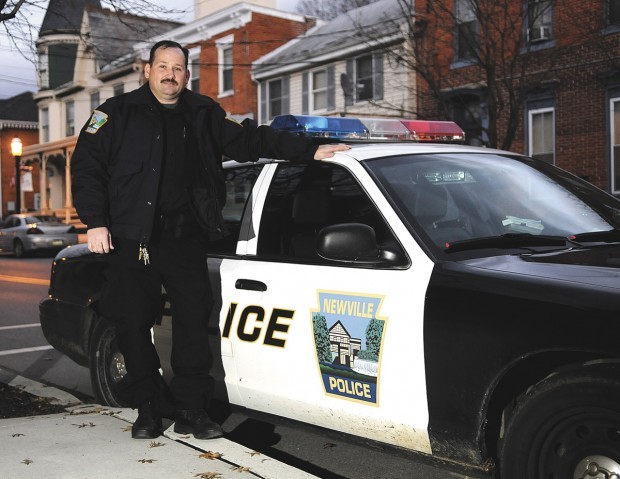 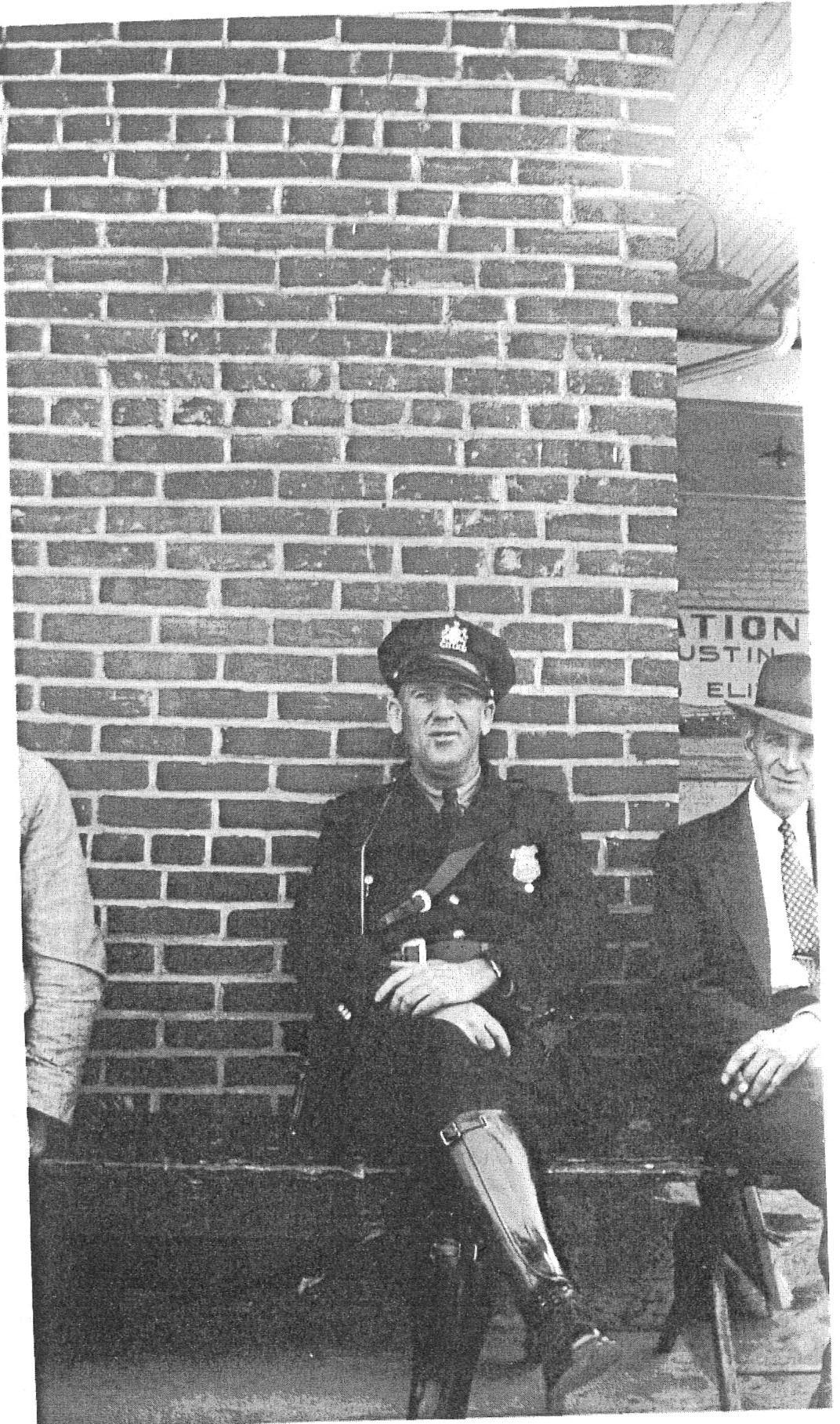